Brainwaves and the science of meditation 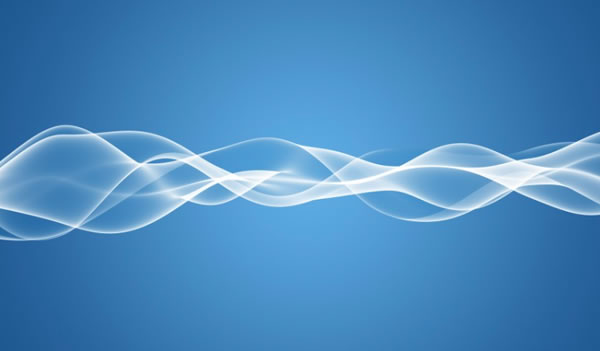 To appreciate the science of meditation it is important to first have a basic understanding of the brain and the electrical patterns or “brainwaves” the brain produces.

Brainwaves are produced in the cerebral cortex, which is the cerebrum’s (brain’s) outer layer. Differing brainwave patterns reflect different states of consciousness ranging from highly alert, through to varying stages of relaxation and into deep sleep.

Our brain’s ability to transition through various brain wave frequencies plays a large role in how successful we are at managing stress, focusing on tasks, and getting a good night’s sleep.

Meditation and guided imagery have been shown to help people control their brain waves more efficiently for better health, higher performance, and a more positive experience of life.

Brainwaves can be measured with an EEG, which is short for electroencephalograph.

Electroencephalography uses electrical leads placed all over the scalp to measure the collective electrical activity of the cerebral cortex.

Like sound frequencies, brain waves are measured in Hz, or cycles per second. In general, the slower the frequency of your brainwaves, the more relaxed you feel.

It is important to note that throughout the day in your waking state, your EEG will display all types of brainwaves at the same time.  However, one particular brain wave will be dominant depending on the state of consciousness that you are in.

There are four primary types of brainwaves that reflect the differing states of consciousness, in order of highest frequency to lowest are as follows: beta, alpha, theta, and delta.

Below is a brief description of each of the four primary brainwave states:

These are known as high frequency low amplitude brain waves that are commonly observed while we are awake. Beta waves are characteristics of a strongly engaged mind. They are involved in conscious thought, logical thinking, and tend to have a stimulating affect.

Think of these as being very fast brain waves that most people exhibit throughout the day in order to complete conscious tasks such as: critical thinking, writing, reading, and socialisation.

When you want to relax, it’s time to shift into alpha.

This frequency range bridges the gap between our conscious thinking and subconscious mind. It helps us calm down when necessary and promotes feelings of deep relaxation.

If you’re like most people, when you close your eyes and take a few slow, deep breaths you’ll experience a light, relaxed alpha state.

Alpha is considered the gateway to meditation. Some people consider alpha waves to be the link between the conscious mind and the subconscious.

At the beginning of first stage of sleep alpha waves disappear and theta waves appear.

This particular frequency range is involved in daydreaming and sleep. Theta waves are often associated with deep states of meditation, peak spiritual experiences, and higher states of consciousness.

Theta waves are associated with drowsiness or arousal in adults. Young children are in theta most of the time.

Some people consider the theta state to be synonymous with the subconscious mind wherein reside suppressed emotions, as well as a storehouse of creativity.  Theta is associated with REM (rapid eye movement) sleep where dreams occur.

Delta Waves up to 4 Hz

These are the slowest recorded brainwaves in human beings. They are found most often in infants as well as young children. They are associated with the deepest levels of relaxation. They have also been found to be involved in unconscious bodily functions such as regulating heartbeat and digestion.

Adequate production of delta waves helps us feel completely rejuvenated after we wake up from a good night’s sleep.

A good example of how transition though these different states of consciousness can be viewed in the way we finish our day. When we go to bed and read for a few minutes before attempting sleep, we are likely to be in low beta. When we put the book down, turn off the lights and close our eyes, our brainwaves will descend from beta, to alpha, to theta and finally, when we fall asleep, to delta. In the morning we transition in the other direction as our brainwaves gradually speed up to mange the responsibilities of another day.

Similarly to the healing effects of sleep, meditation has a relaxing effect on brain waves patterns. As we enter into the practice of meditation we begin to transition from Beta or Alpha or possibly Theta state. The breath and mind work in tandem. As breath begins to lengthen, brainwaves begin to slow down. The slower the wavelengths, the more time between thoughts.

One of the most unique things about meditation is that it actively creates a base line awareness of what we personally perceive as a relaxed state. When caught up in the stress of busy living (or the Beta state) it is incredibly useful to remember this base line so as to bring one’s self back to a more relaxed point. This process has the ability to allow one’s focus to become clearer and more effective. Therefore even outside of the practice of meditation one is able to harness this clarity and manage life more effectively.

In considering the science of meditation we come to understand, on the most basic level, how this practice effectively works. In this light, simply put mediation is a tool that allows us to consciously slow our brainwaves.

In contrast to the inevitable stresses caused our busy lives when we meditate we actively harness our consciousness and take personal responsibility for our well-being.