We are honoured to announce our amazing international guests for this years Australian Meditation Conference. 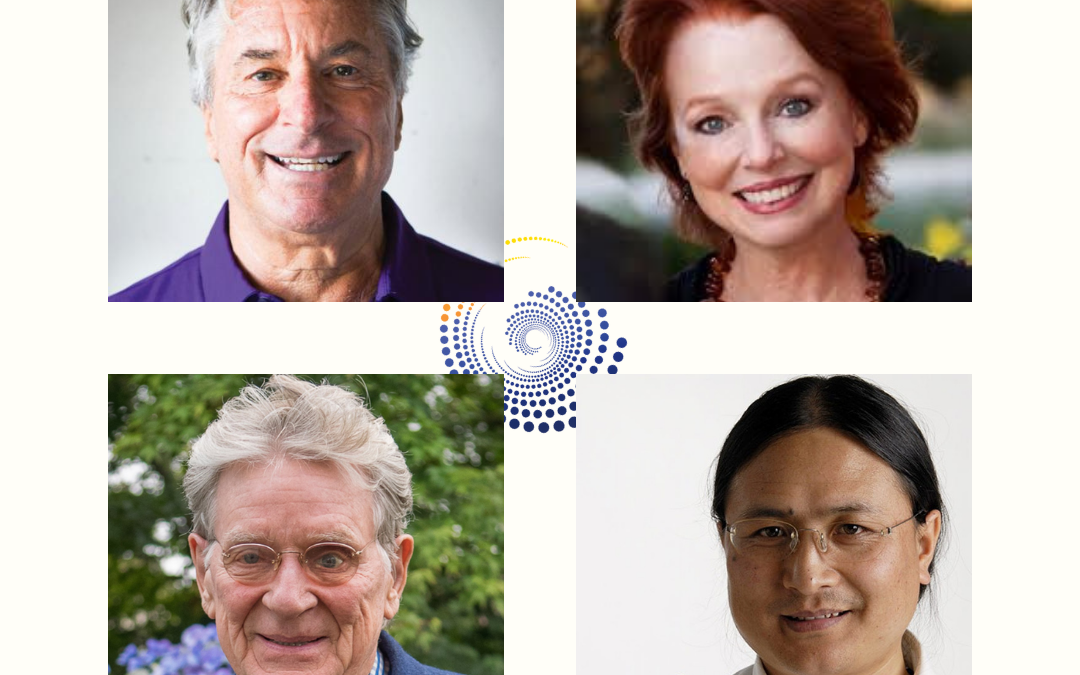 We are honoured to announce our amazing international guests for the second
Australian Meditation Conference.

Dr. Lorin Roche was lucky enough to begin practicing asana, pranayama, and meditation in 1968, and he still feels like a beginner – every day. He has been practicing, researching, and teaching meditation for 50+ years. Lorin is a pioneer in developing personalised meditation practices, designing the techniques around an individual’s inner nature. He is the founder of two related meditation systems: The Radiance Sutras®, which utilises the richness of the Sanskrit language and is oriented toward the yoga community, and Instinctive Meditation™, an approach that uses common sense language and is designed to match one’s individual nature.
Lorin has a PhD from the University of California, Irvine, where he has done extensive research on meditation and meditative experiences. His books on meditation are treasured by meditation practitioners across the globe and have been widely recognised as a “must-read”. Lorin also leads international meditation retreats and workshops, and trains meditation teachers in a 2-year meditation teacher training. He lives in Marina del Rey, California with his yogini shaktini wife, Camille Maurine.

Camille Maurine is a meditation mentor, dancer, and the author of the groundbreaking Meditation Secrets for Women and Meditation 24/7, both written with her husband, Dr. Lorin Roche. Camille gives global tele-seminars and teacher trainings in women’s spiritual empowerment and embodiment, and travels worldwide to give performances, workshops, and retreats. In addition to her 4-plus decades of dance, yoga, and meditation, Camille’s integrative approach draws upon training in various healing arts, including the study of Jungian depth psychology and Continuum Movement for many years. She and Lorin have also been cross-pollinating their discoveries and insights and co-creating their approach during their 37 years of relationship. Camille is on the faculty of Esalen Institute, 1440 Multiversity, Kripalu Center for Yoga and Health, SAND Science and Non-duality and The Shift Network.

Lorin and Camille will presenting:
Comparing East and West; our relationship with pleasure, sexuality and sensuality. Based on Radiance Sutras.
Finding joy and pleasure again in the body, celebrating the body and finding instinctive pathways into meditation that are informed by the body.

Bob Thurman, known in the academic circles as Professor Robert A.F. Thurman, is a talented popularizer of the Buddha’s teachings and the first Westerner Tibetan Buddhist monk ordained by His Holiness the Dalai Lama, A charismatic speaker and author of many books on Tibet, Buddhism, art, politics and culture, Bob was named by The New York Times the leading American expert on Tibetan Buddhism, and was awarded the prestigious Padma Shri Award in 2020, for his help in recovering India’s ancient Buddhist heritage. Time Magazine chose him as one of the 25 most influential Americans in 1997, describing him as a “larger than life scholar-activist destined to convey the Dharma, the precious teachings of Shakyamuni Buddha, from Asia to America.”

Bob served as the Jey Tsong Khapa Professor of Indo-Tibetan Buddhist Studies in the Department of Religion at Columbia University for 30 years, until 2020. A very popular professor, students always felt his classes were “life-changing”. Bob is the founder and active president of Tibet House US, a non-profit organization dedicated to the preservation and promotion of Tibetan culture, and of the American Institute of Buddhist Studies, a non-profit affiliated with the Center for Buddhist Studies at Columbia University and dedicated to the publication of translations of important artistic and scientific Tibetan treatises.
As part of his long-term commitment to the Tibetan cause, at the request of H.H. the Dalai Lama, Bob co-founded Tibet House US in 1987 with Tenzin Tethong, Richard Gere, and Philip Glass, a non profit organization based in New York City and dedicated to the preservation and renaissance of Tibetan culture.

Alongside his medical education, Dr. Nida trained in Vajrayana with teachers from every school of Tibetan Buddhism, especially in the Longchen Nyingthig of the Nyingma school from his root teacher Ani Ngawang Gyaltsen and in the Dudjom Tersar lineage from Chönyid Rinpoche and Sremo Dechen Yudron. He received complete teachings in the Yuthok Nyingthig lineage, the unique spiritual tradition of Tibetan Medicine, from his teachers Khenpo Tsultrim Gyaltsen and Khenchen Troru Tsenam, and was requested to continue the lineage by Jamyang Rinpoche of the Rebkong ngakpa/ma (non-monastic yogi and yogini) tradition.

A well-known poet in his youth, Dr. Nida later published many articles and books on Sowa Rigpa (Traditional Tibetan Medicine) and the Yuthok Nyingthig tradition both in the Tibetan and English languages which have been translated into several languages. He has extensively researched ancient Tibetan healing methods, and has gained high acclaim in the East and West for his revival of little known traditional Tibetan external healing therapies.

Professor Thurman and Dr Nida will present together:
Looking after the body to look after the mind.
A conversation about lifestyle dietary and sometimes even medicinal practices to aid in the practice of meditation; something long known and practiced in the eastern traditions.

Due to the constraints of the ongoing pandemic, it seemed unfair to ask them to travel all this way, so they will be joining us via digital recording.